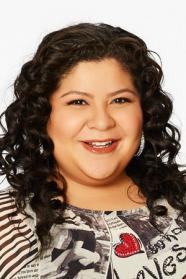 Raini Alena Rodriguez (born July 1, 1993) is an American actress, best known for playing Maya Blart in Paul Blart: Mall Cop. She also appeared in an episode of The Suite Life of Zack and Cody, as Betsy, and on the new Disney XD show I'm In The Band as Annoying Arlene. She appeared in the 2011 film Prom.
Rodriguez was born in Bryan, Texas, the daughter of Diane and Roy Rodriguez, who owns a business. She is the older sister of actor Rico Rodriguez II.