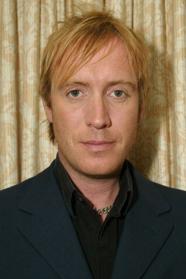 Rhys Ifans (born Rhys Owain Evans; 22 July 1967) is a Welsh actor and musician. He is known for his portrayal of characters such as Spike in Notting Hill and Jed Parry in Enduring Love and as a member of the Welsh rock groups Super Furry Animals and The Peth. Ifans also appeared as Xenophilius Lovegood in the Harry Potter and the Deathly Hallows films.