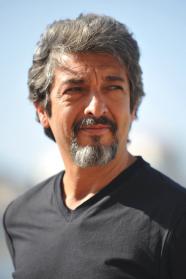 Ricardo Darín (born January 16, 1957) is an Argentine actor.
Darín is one of the biggest movie stars in Argentina. He played a number of parts in TV series for several years where he became popular as a young leading actor. His most prominent roles as a film actor include Nine Queens (2000), El Hijo de la Novia (2001), Luna de Avellaneda (2004), El Aura (2005) and La Señal (2007), which was also his directorial debut. He recently starred in the Academy Award winning film The Secret in Their Eyes (2009).

Description above from the Wikipedia article Ricardo Darín, licensed under CC-BY-SA, full list of contributors on Wikipedia
2006 - The Aura
2011 - Carancho
2013 - White Elephant
2019 - Everybody Knows