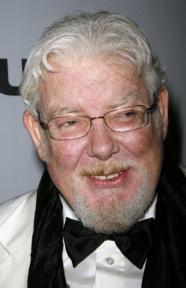 Richard Griffiths is an English actor of stage, film and television. He has received the Laurence Olivier Award for Best Actor, the Drama Desk Award for Outstanding Actor in a Play, the Outer Critics Circle Award for Best Featured Actor in a Play, and the Tony Award for Best Performance by a Leading Actor in a Play, all for his role in the play The History Boys. He is also known for his portrayal of Vernon Dursley in the Harry Potter films, Uncle Monty in Withnail and I and Henry Crabbe in Pie in the Sky. On March 29th 2013 Richard died due to complications following heart surgery.
2001 - Harry Potter and the Sorcerer's Stone (Harry Potter and the Philosopher's Stone)
2004 - Stage Beauty
2006 - The History Boys
2006 - Venus
2008 - Bedtime Stories
2011 - Pirates of the Caribbean: On Stranger Tides
2011 - Hugo