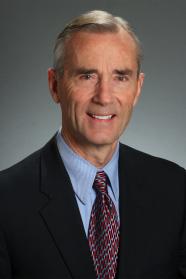 Tall, gaunt, rawboned character actor with deep voice, reminiscent of John Carradine. Formal education at Morris Harvey College in Charleston, West Virginia and as Theater Arts major at UCLA. Professional training at American Academy of Dramatic Arts in New York City, and at Max Reinhardt Workshop in Los Angeles. Before attacking Hollywood, he spent several years working in regional theaters from one end of the US to the other, and had built an impressive resume of glowing reviews of his performances in such roles as "Cyrano de Bergerac", "Abe Lincoln in Illinois", "Sir Thomas More" in "A Man For All Seasons", "Henry Drummond" in "Inherit The Wind", "Richard III" and the like, but he was never offered such lofty challenges in films or television. Still, he didn't languish, but instead relished every chance he was given to play for the camera, whether in a quality major studio production or the cheesiest of no-budget fly-by-night productions. When he wasn't acting, he uncovered his typewriter and cranked out teleplays and movie scripts. Perhaps his best-remembered television script was his first, a lighthearted comedy episode of the Bonanza (1959) series, titled Bonanza: Hoss and the Leprechauns (1963). As a writer, he drifted into adapting English-dubbing scripts of foreign films. American producers began buying successful Japanese animated series and dubbing them into English, and Barron was a pioneer in that industry, which grew rapidly and enormously. He became executive director and story editor for "Saban Productions", which in the course of five years became one of the largest producers of children's programming in the world, with such shows as X-Men: The Animated Series (1992) and Mighty Morphin Power Rangers (1993).
blog comments powered by Disqus