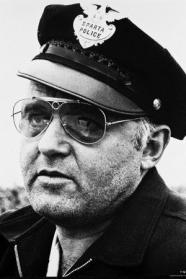 Rodney Stephen "Rod" Steiger (April 14, 1925 – July 9, 2002) was an American actor known for his performances in such films as In the Heat of the Night, Oklahoma!, Waterloo, The Pawnbroker, On the Waterfront, The Harder They Fall, Doctor Zhivago, and Jesus of Nazareth.

Description above from the Wikipedia article Rod Steiger, licensed under CC-BY-SA, full list of contributors on Wikipedia.
1954 - On The Waterfront
1965 - Doctor Zhivago
1979 - The Amityville Horror
1996 - Carpool