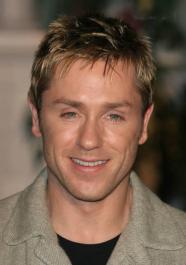 Ronald Jason "Ron" Eldard (born February 20, 1965) is an American actor. Eldard made his film debut in the 1989 comedy True Love, written and directed by Nancy Savoca, and co-starring Annabella Sciorra. This film won the Grandy Jury Prize at the Sundance Film Festival. Eldard has performed on Broadway in critically acclaimed productions of On the Waterfront, Biloxi Blues, Bash: Latterday Plays, and Death of a Salesman. The latter two were filmed for Showtime productions.

On January 9, 2006 he debuted in the role of Father Flynn in the Tony Award and Pulitzer Prize winning Broadway production of Doubt opposite the British actress Dame Eileen Atkins.