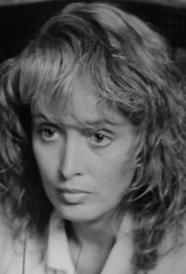 Ronee Blakley (born August 24, 1945) is an American entertainer. Though an accomplished singer, songwriter, composer, producer and director, she is perhaps best known as an actress. Her most famous role was as the fictional country superstar Barbara Jean in Robert Altman's 1975 film Nashville, for which she won a National Board of Review Award for Best Supporting Actress and was nominated for an Academy Award. She also had a notable role in A Nightmare on Elm Street (1984).

Description above from the Wikipedia article Ronee Blakley, licensed under CC-BY-SA, full list of contributors on Wikipedia.
1984 - A Nightmare On Elm Street (1984)