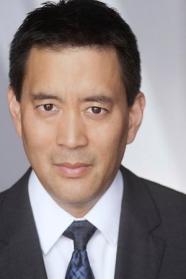 Born in Colorado, Scott Takeda got his start in television in 1990 as a TV news reporter in Pocatello, Idaho (KIDK). As his career grew, he then moved on to newsrooms in Ohio (WTOL), Denver (KCNC), and finally Philadelphia (WPHL) where he worked behind the camera as a producer-photojournalist. During his time as a TV journalist, he won regional Emmy awards and two "Photographer of the Year" titles.

In 1995, he joined the staff of "News-for-Kids" and spent three seasons producing segments for the Emmy-award winning syndicated children's show. During that time, he also formed his own production company, producing the documentary film "The Holocaust: Colorado Remembers." With his company, Scott has also won more than thirty national Telly Awards as well as the international Gold WorldMedal from the New York Festivals.

In 2001, he made his national acting debut as Sgt. Tai Lee in the Animal Planet series "Busted."

He now enjoys living multiple creative roles (as an actor in front of the camera and a producer-writer behind the camera) while living in Colorado.

- IMDb Mini Biography
2011 - Everything Must Go