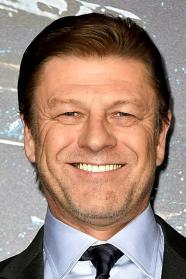 Shaun Mark "Sean" Bean (born 17 April 1959) is an English film and stage actor. Bean is best known for starring roles in the films Lord of the Rings: The Fellowship of the Ring, GoldenEye, Patriot Games, Troy, National Treasure and Silent Hill, as well as the television series Sharpe. Bean has also acted in a number of television productions, most recent being HBO's Game of Thrones, as well as performing voice work for computer games and television adverts.