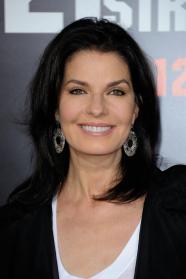 Sela Ann Ward (born July 11, 1956) is an American movie and television actress, perhaps best known for her television roles as Teddy Reed on the American TV series Sisters (1991–96) and as Lily Manning on Once and Again (1999–2002). She recently joined the CBS drama CSI: NY, as a series regular as Jo Danville

Description above from the Wikipedia article Sela Ward, licensed under CC-BY-SA, full list of contributors on Wikipedia
1993 - The Fugitive
2004 - The Day After Tomorrow
2006 - The Guardian
2009 - The Stepfather
2016 - Independence Day: Resurgence