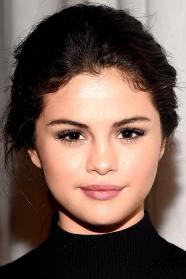 She made her starring theatrical film debut in Ramona and Beezus. Her career has expanded into the music industry; Gomez is the lead singer and founder of the pop band Selena Gomez & the Scene, which has released two RIAA Gold certified studio albums, Kiss & Tell and A Year Without Rain. The band has sold 1,354,000 albums in the United States. Gomez has also contributed to the soundtracks of Tinker Bell, Another Cinderella Story and Wizards of Waverly Place after signing a record deal with Hollywood Records.