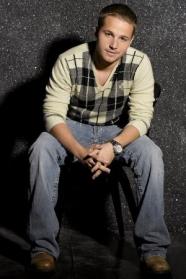 Shawn Caminiti Pyfrom (born August 16, 1986) is an American actor who has appeared in several television series and movies, and is best known for his portrayal of Andrew Van de Kamp on ABC's Desperate Housewives.

Description above from the Wikipedia article Shawn Pyfrom, licensed under CC-BY-SA, full list of contributors on Wikipedia.
2006 - The Shaggy Dog