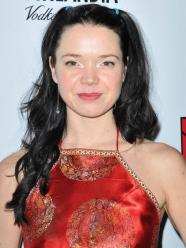 Shelly Cole (born August 22, 1975) is an American actress who has starred in the films Prey for Rock & Roll and Art School Confidential. She has also made numerous appearances on television shows, notably as the recurrent character Madeline Lynn on Gilmore Girls.

Description above from the Wikipedia article Shelly Cole, licensed under CC-BY-SA, full list of contributors on Wikipedia.
2003 - Prey For Rock And Roll