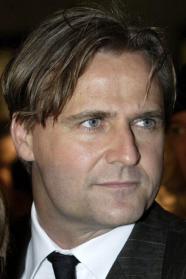 Simon Reynolds (born 1963 in London, England; raised in Hertfordshire) is an English music critic who is well-known for his writings on electronic dance music and for coining the term "post-rock".[citation needed] Besides electronic dance music, Reynolds has written about a wide range of artists and musical genres, and has written books on post-punk and rock. He has contributed to Melody Maker (where he first made his name), The New York Times, Village Voice, Spin, The Guardian, Rolling Stone, The Observer, Artforum, New Statesman, The Wire, Mojo, Uncut, and others. He currently resides in the East Village in New York City, USA with his wife, Joy Press, and their children, Kieran and Tasmine.
2007 - Saw IV
2007 - P2
2009 - Bull
2014 - I'll Follow You Down