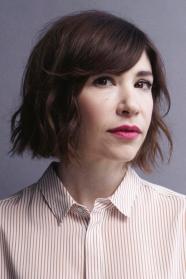 Carrie Rachel Brownstein (born September 27, 1974) is an American musician, writer, actress, director, and comedian from Seattle, Washington. She is known for being the guitarist and vocalist of punk rock bands Excuse 17 and Sleater-Kinney, as well as for her television and film endeavors. In 2009 she created the sketch comedy series Portlandia with Fred Armisen, which the two starred in. The series ran for 8 seasons from 2011 to 2018. Brownstein has also acted in various films such as Carol (2015) and Don't Worry, He Won't Get Far on Foot (2018).
2006 - Follow My Voice: The Music Of Hedwig