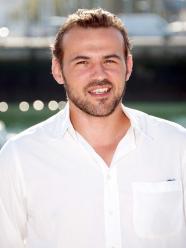 Stéphane Rideau (born 25 July 1976) is a French actor born near Agen. Although intending to pursue a career in sports, he was discovered in 1992 at a rugby game and then auditioned for a role in the film Wild Reeds by André Téchiné. He was, at the time, sixteen years old.

He would later on play the role of a gay teenager in Come Undone by director Sébastien Lifshitz. Rideau has a long acting experience that includes the films Loin, Le Ventre de Juliette, Le Clan, and Le Cadeau d'Élena. He currently lives with his girlfriend Celia and his daughter.