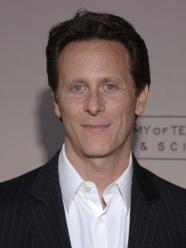 From Wikipedia, the free encyclopedia. Steven Robert Weber (born March 4, 1961) is an American actor. He is best known for his role in the television show Wings which aired throughout the 1990s on NBC.

Description above from the Wikipedia article Steven Weber, licensed under CC-BY-SA,full list of contributors on Wikipedia.
TBA 2016 - Amateur Night
2008 - Choose Connor
2009 - My One and Only
2009 - Farmhouse
2012 - A Little Bit of Heaven