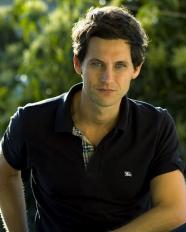 Named "Young Emerging Talent", Australian native, Tanc Sade was working in theater before landing a recurring role on "Gilmore Girls". As a teenager, Tanc was busy competing in National Cross Country Mountain Bike events whilst working and studying in the theater. After much thought he decided to concentrate on his acting career, leading to his move to the United States soon after. In 2008, as a side project, Tanc founded Five Island Films where he has written and directed several films starring the likes of Terence Stamp and Tara Summers. In 2012 Tanc was crowned Australian National Freediving Champion after breaking a long held National Freediving Record. He now resides in Venice Beach, California.
2008 - Sex and Death 101