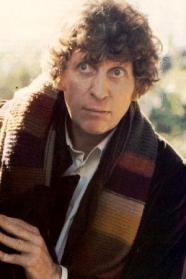 Thomas Stewart "Tom" Baker (born 20 January 1934) is a British actor and comedian. He is best known for playing the fourth incarnation of the Doctor in the science fiction television series, Doctor Who, a role he played from 1974–1981.

Description above from the Wikipedia article Tom Baker, licensed under CC-BY-SA, full list of contributors on Wikipedia.
2006 - Doogal