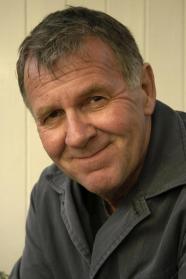 Thomas Geoffrey "Tom" Wilkinson, OBE (born 5 February 1948) is an English actor. He has twice been nominated for an Academy Award for his roles in In The Bedroom and Michael Clayton. In 2009, he won The Golden Globe and Primetime Emmy Award for best Supporting Actor in a Miniseries or Movie for John Adams.