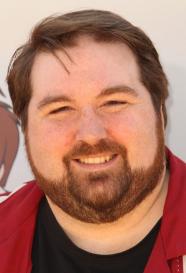 Travis Oates is an American actor who is best known for continuing the role of Piglet in My Friends Tigger & Pooh and other Winnie the Pooh-related media since the death of John Fiedler on June 25, 2005. He will also voice Piglet in the upcoming Winnie the Pooh film. He also was one of the original co-hosts of the G4TV original program Arena, a competitive gaming show with Wil Wheaton in 2002.

Description above from the Wikipedia article Travis Oates, licensed under CC-BY-SA, full list of contributors on Wikipedia.
2011 - Winnie the Pooh