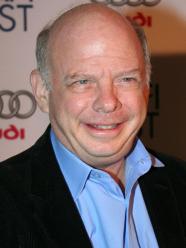 Shawn is well known for his distinctive and high pitched voice. In the animated Toy Story films he provided the voice of "Rex," an insecure toy Tyrannosaurus Rex.

Shawn has pursued a parallel career as a playwright whose work is often dark, politically charged and controversial.

He is currently the voice of Taotie in Kung Fu Panda: Legends of Awesomeness.