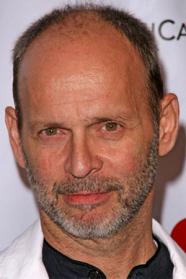 Wayne Kramer (born April 30, 1948 in Detroit, Michigan) is an American guitarist, singer, songwriter, producer and film and television composer. Kramer came to prominence as a teenager in 1967 as a co-founder of the Detroit rock group MC5 (Motor City 5), a group known for their powerful live performances and radical left-wing political stance. The MC5 broke up amid personality conflicts, drug abuse, and personal problems, which, for Kramer, led to several fallow years, as he battled drug addiction before returning to an active recording and performing schedule in the 1990s. Rolling Stone ranked him number ninety-two on their list of the "100 Greatest Guitarists of all Time".
2003 - The Cooler
2006 - Running Scared
2006 - This Film Is Not Yet Rated
2009 - Crossing Over
2009 - Crossing Over