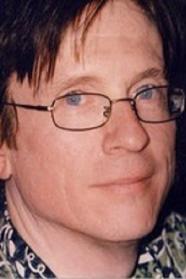 Will Finn is an American animator, voice actor, and director. His work in animation includes characters from Disney and Don Bluth films such as The Secret of NIMH, Oliver and Company, and Pocahontas. His characters include Laverne (The Hunchback of Notre Dame), Iago (Aladdin), and Cogsworth (Beauty and the Beast). Finn co-wrote and co-directed the 2004 film Home on the Range and did some voice acting in Chicken Little. In 2006, Finn directed the computer animated short Hammy's Boomerang Adventure, a spin-off of Over the Hedge.

Description above from the Wikipedia article Will Finn, licensed under CC-BY-SA, full list of contributors on Wikipedia
2014 - Legends of Oz: Dorothy's Return
2017 - Rock Dog