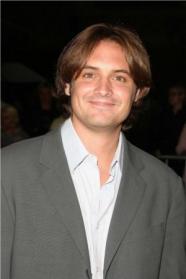 From Wikipedia, the free encyclopedia. William Alan "Will" Friedle (born August 11, 1976) is an American actor, voice actor and comedian. He is best known for his comedic roles, most notably the underachieving elder brother Eric Matthews on the long-running TV sitcom Boy Meets World from 1993 to 2000. More recently, he has voiced a number of animated characters such as Terry McGinnis, the titular character of Batman Beyond, and Ron Stoppable of Kim Possible. He also does the voice of Doyle in The Secret Saturdays and Blue Beetle (Jaime Reyes) on Batman: The Brave and the Bold. Description above from the Wikipedia article Will Friedle, licensed under CC-BY-SA,full list of contributors on Wikipedia. ​
2000 - Batman Beyond: Return Of The Joker
2004 - National Lampoon's Gold Diggers