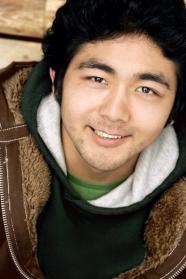 Yuki Matsuzaki, born in Miyazaki, Japan began acting at the age of 7 in a small theatrical group that performed for children. He performed over 50 shows in local theaters until he was 18. Upon graduating high school, he decided to dedicate his life to acting and moved to New York City to become an accomplished actor with the versatility to perform in both English and Japanese. Upon his arrival, all his money was stolen and he became homeless. In order to survive, he started performing on the streets of Times Square where his first day tally after performing 8-hours was a mere $4.00.

All his endurance and hard work was rewarded when Edward Zwick cast Yuki for The Last Samuri (2003). He began booking roles in such films as Drunken Sword (2005) and Roku (2005). Next Clint Eastwood cast him as Nozaki in Letters from Iwo Jima (2006). Eastwood favored Yuki for his unique preparation. In order to prepare for his role, Yuki only digested celery and water for five weeks to experience famine, confined himself inside dark closets and bathrooms to recreate the claustrophobic atmosphere for the cave fighting sequences. After Letters from Iwo Jima (2006), NBC offered Yuki a co-star role in their hit TV show Heroes (2006/II).

In 2009, Matsuzaki starred alongside Steve Martin, Andy Garcia, Alfred Molina and Aishwarya Rai as a member of an international dream team of detectives in Pink Panther 2 (2009).
2006 - Letters From Iwo Jima
2009 - The Pink Panther 2
2011 - Pirates of the Caribbean: On Stranger Tides