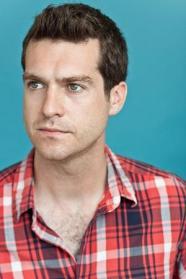 Zachary Bennett (born February 17, 1980) is a Canadian actor and musician in Toronto, Ontario, who is best known for playing Felix King in Road to Avonlea. He also co-starred in the 2006 TV film Jekyll + Hyde.

He was born in London, Ontario. He is the second youngest of four children, and his siblings are fellow actors Garreth Bennett, Mairon Bennett, and Sophie Bennett.

Zachary Bennett formed the indie rock band Yonder in 2004, which was renamed Tin Star Orphans in 2008.

Description above from the Wikipedia article Zachary Bennett, licensed under CC-BY-SA, full list of contributors on Wikipedia
2004 - Cube Zero