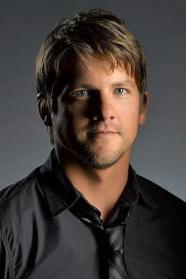 Zachary Andrew Knighton (born October 25, 1978) is an American actor who currently stars as Dave Rose on the ABC comedy series Happy Endings. Prior to that, he co-starred as Dr. Bryce Varley on ABC's science fiction series FlashForward from 2009–2010.

Description above from the Wikipedia article Zachary Knighton, licensed under CC-BY-SA, full list of contributors on Wikipedia.
2007 - The Hitcher
2008 - Surfer, Dude
2014 - The Big Ask
2016 - Come and Find Me