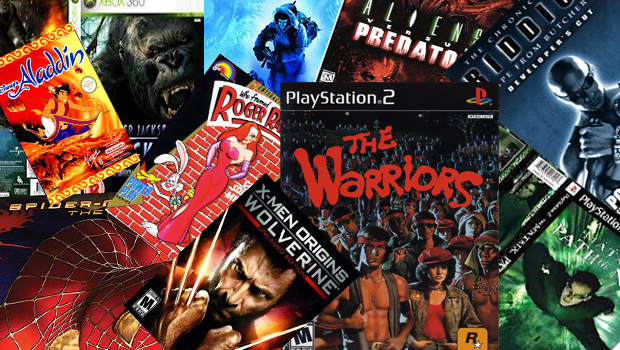 What do you look for in a great movie? Exciting action, a clever plot with multiple twists, great characters, conflict? Chances are that its all of these and theyre certainly all ingredients of the sorts of movies that break box office records and keep us glued to our seats.

So its no surprise that they also happen to be the essential ingredients that make some video games such addictive experiences. Plus, for filmmakers, they also offer the chance to add some very lucrative merchandise which is likely to be very popular with fans.

The games range from traditional console versions to online slots and, as to which are the very best, this is always open to debate. But here are four that regularly appear in the top ten lists online.

Based on the original of the most successful series of Marvel Comics-inspired films, this is widely regarded as being just as exciting as watching Hugh Jackman unleash his fury on the world. As part of the game you have to build up Wolverines rage bar until he has enough power to start wreaking vengeance on his enemies. Of all of the games featuring the character this is also the one that most people agree best captures the true spirit of the films.

Its incredible to think that when George Lucas was first making Star Wars back in the mid-70s he was worried that he had a flop on his hands. How wrong he was and the franchise not only spawned the series thats so popular today, it also created games like Star Wars: Knights of the Old Republic. Its set millennia before the films take up the saga and gives Star Wars fans the chance to get the full backstory while playing a truly gripping game.

You might not expect horror movies to make for great experiences in slots machines but heres one that proves its not the case. It takes Wes Cravens shocker starring Freddie Krueger and turns it into a scarily good experience. As part of the game you need to collect items that will keep you awake and away from falling into Freddies clutches which include cups of coffee and phone calls to a friend.

The Coen Brothers The Big Lebowski soon became a cult classic when it was released in 1998 and is another slightly surprising film to be turned into a slot. As fans of the film will know, ten-pin bowling was a big part of the plot and also features in the slot, along with all of the main characters of the film.

Last, but by no means least, comes the game inspired by the highest grossing movie of all time. Avatar: The Game takes place in 2152, two years before the action in the film itself and involves an action-packed mission to Pandora. Reviewers say that it perfectly captures the atmosphere of the film and its believed to have sold over 2.5 million console games in all.