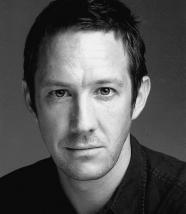 Alan McKenna is a British actor who played the recurring character Tony Andrews in the BBC soap opera EastEnders. He is best known for his role of Patrick McGuire in the BBC soap Doctors, which he had a minor recurring role from 2001, 2003 and he returned in September 2010.

Description above from the Wikipedia article Alan McKenna (actor), licensed under CC-BY-SA, full list of contributors on Wikipedia.
blog comments powered by Disqus