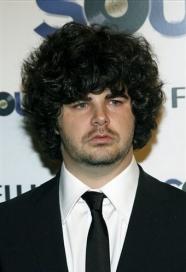 Adam Herschman is an actor known for his role as Glen in the 2006 film, Accepted. Adam also stars as Archie in Harold & Kumar Escape from Guantanamo Bay (2008), Phillip in Soul Men and as Mr. Pickle's employee in I Now Pronounce You Chuck and Larry. He stars in the recent Alltel commercials, representing Sprint in the yellow shirt, and also in a Best Buy commercial as one of the several Best Buy employees in the Stadium audience, answering a very difficult math question. He appeared in a cameo in Foo Fighters' music video, "Breakout." He has also appeared in the extended version of Walk Hard as Jerry Garcia. He has an appearance in the film House Broken (2009).

Description above from the Wikipedia article Adam Herschman, licensed under CC-BY-SA, full list of contributors on Wikipedia​
2006 - Accepted
2008 - Soul Men