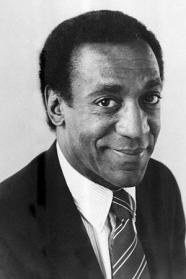 William Henry "Bill" Cosby, Jr. (born July 12, 1937) is an American comedian, actor, author, television producer, educator, musician and activist. A veteran stand-up performer, he got his start at various clubs; then landed a starring role in the 1960s action show, I Spy. He later starred in his own series, the situation comedy The Bill Cosby Show, in 1969. In 1976, Cosby earned a Doctor of Education degree from the During the 1980s, Cosby produced and starred in what is considered to be one of the decade's defining sitcoms, The Cosby Show, which aired eight seasons from 1984 to 1992. The sitcom highlighted the experiences and growth of an upper-middle-class African-American family. He also produced the spin-off sitcom A Different World, which became second to The Cosby Show in ratings. He starred in the sitcom Cosby from 1996 to 2000 and hosted Kids Say the Darndest Things for two seasons. He has been a sought-after spokesman, and has endorsed a number of products, including Jell-O, Kodak film, Ford, Texas Instruments, and Coca-Cola, including New Coke. In 2002, scholar Molefi Kete Asante included him in his book, the 100 Greatest African Americans. Cosby has been received several awards including;  Emmy Awards in 1966, 1967 and 1968 for Outstanding Performance by an Actor for I Spy, an Emmy Award for Outstanding Variety or Musical Program for The Bill Cosby Special (1969), Kennedy Center Honors (1998), Presidential Medal of Freedom for his contribution to television (2002), the Bob Hope Humanitarian Award (2003) and the Mark Twain Prize for American Humor (2009). In addition he has received several Grammys for Best Comedy Performance and over a dozen Honorary Degrees from Colleges and Universities. Cosby has been married to wife Camille Hanks since 1964. They had five children: daughters Erika Ranee (b. 1965), Erinn Chalene (b. 1966), Ensa Camille (b. 1973), and Evin Harrah (b. 1976), and son Ennis William (1969–1997). His son Ennis was shot dead while changing a flat tire on the side of the Interstate 405 in Los Angeles on January 16, 1997. Bill Cosby is an active alumnus supporter of his alma mater, TempleUniversity, and in particular its men's basketball team, whose games Cosby frequently attends.
2004 - Lightning In A Bottle
2005 - Lipstick & Dynamite: The First Ladies Of Wrestling