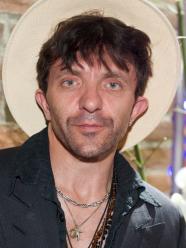 He was born in Lausanne, Switzerland. His parents are actor Heinz Bennent and former dancer Diane Mansart. His sister Anne is also an actress.

He has lived in Germany and France as well as Switzerland and speaks fluent French and English.

When he was 12 he starred in The Tin Drum, which caused much controversy because David was allegedly shown in sex scenes with an adult. Aged 19, he starred as Honeythorn Gump in the movie Legend, co-starring alongside Tom Cruise and Mia Sara.

Description above from the Wikipedia article David Bennent, licensed under CC-BY-SA, full list of contributors on Wikipedia.
1986 - Legend