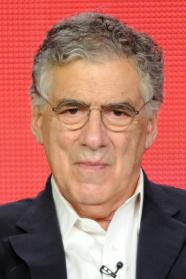 Elliott Gould (born Elliot Goldstein; August 29, 1938) is an American actor. He began acting in Hollywood films during the 1960s, and has remained prolific ever since. Some of his most notable films include MAS*H and Bob & Carol & Ted & Alice, for which he received an Oscar nomination. In recent years, he has starred as Reuben Tishkoff in Ocean's Eleven, Ocean's Twelve, and Ocean's Thirteen.