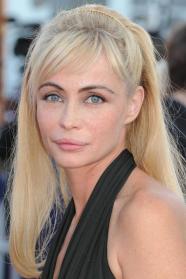 Emmanuelle Béart (born 14 August 1963) is a French film actress, who has appeared in over 50 film and television productions since 1972. Béart won a César Award for Best Supporting Actress in the film Manon des Sources (1986). She has been nominated a further seven times for Most Promising Actress and Best Actress.
1996 - Mission: Impossible
2002 - 8 Women
2004 - Strayed
2009 - Vinyan