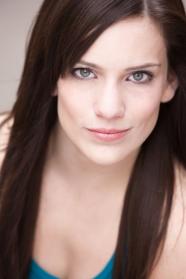 Born in St. Louis, Missouri, Erin first displayed interest in the entertainment industry when she built a stage out of cardboard bricks in her preschool classroom and directed her classmates to stand on the make-shift stage and perform. Throughout her school years, she performed in numerous school and community plays and eventually, in films. She also sang with local bands Failside and Tight Pants Syndrome. Erin recently appeared in the films Paranormal Entity and 6 Guns. The streaming series, Kingdom Come premiers in June, 2010.
2012 - Hold Your Breath