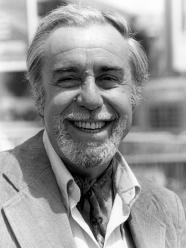 Fernando Rey  (September 20, 1917 – March 9, 1994) — best known as Fernando Rey — was a Spanish film, theatre, and TV actor, who worked in both Europe and the United States. A suave, international actor best known for his roles in the films of surrealist director Luis Buñuel (Tristana, 1970; Discreet Charm of the Bourgeoisie, 1972; That Obscure Object of Desire, 1977) and as a drug lord in The French Connection (1971), he appeared in more than 150 films over half a century.
The debonair Rey was described by French Connection producer Philip D'Antoni as "the last of the Continental guys". He achieved his greatest notoriety after he turned 50: "Perhaps it is a pity that my success came so late in life", he told The Times of Madrid in 1973. "It might have been better to have been successful while young, like El Cordobes in the bullring. Then your life is all before you to enjoy it."