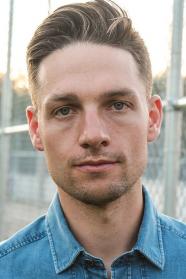 Gregory Edward Smith  (born July 6, 1983) is an American-Canadian actor. He began working as a child actor in the mid 1980s, initially appearing in a number of made-for-video and television films. Smith has since appeared in several Hollywood films, and has become known for his role as Ephram Brown on the television series Everwood.

Description above from the Wikipedia article Gregory Smith (actor), licensed under CC-BY-SA, full list of contributors on Wikipedia
2005 - Kids In America
2007 - The Seeker: The Dark Is Rising
2009 - Closing the Ring
2009 - Leslie, My Name Is Evil
2011 - Hobo with a Shotgun