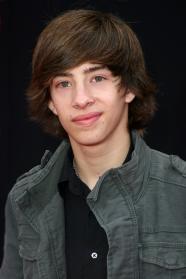 James Michael "Jimmy" Bennett (born February 9, 1996) is an American actor. He is known for his roles as a child actor in Daddy Day Care, Hostage, Poseidon, and more recently in Orphan and as young James T. Kirk in Star Trek. He also starred in No Ordinary Family as JJ Powell, a teenager gifted with vast intelligence after a plane crash.
2005 - Hostage
2005 - The Amityville Horror
2006 - The Heart Is Deceitful Above All Things
2006 - Poseidon
2007 - Evan Almighty
2009 - Shorts