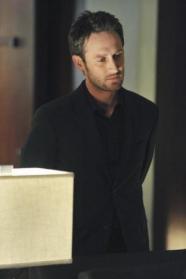 Joshua Regnall Stewart (born February 6, 1977) is an American actor best known for his role as Holt McLaren in the FX TV series Dirt. He was also cast as Brendan Finney in the final season of the NBC TV series Third Watch

Description above from the Wikipedia article Josh Stewart, licensed under CC-BY-SA, full list of contributors on Wikipedia
2009 - The Collector
2010 - Beneath the Dark
2012 - The Collection
2014 - Transcendence
2018 - Insidious: The Last Key