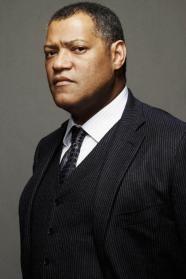 Laurence John Fishburne III (born July 30, 1961) is an American actor of screen and stage, as well as a playwright, director, and producer. He is perhaps best known for his roles as Morpheus in the Matrix science fiction film trilogy and as singer-musician Ike Turner in the Tina Turner biopic What's Love Got to Do With It. He became the first African-American to portray Othello in a motion picture by a major studio when he appeared in Oliver Parker's 1995 film adaption of the Shakespeare play. Fishburne has won a Tony Award for Best Featured Actor in a Play for his performance in Two Trains Running (1992) and an Emmy Award for Drama Series Guest Actor for his performance in TriBeCa (1993).