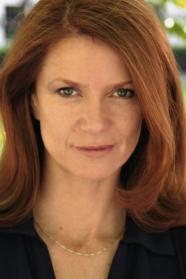 Sullivan was born at San Francisco, U.S.A., in 1851, and began her theatrical career at an early age. She established a local reputation, and having married J. C. Williamson came with him to Australia in 1874. They opened in Melbourne on 1 August in Struck Oil and were immediately successful. Some weeks later they went to Sydney and, after touring Australia, to India.

In 1876 Struck Oil played for 100 nights at the Adelphi Theatre, London, and was followed for a similar period by Arrah-na-Pogue, with Williamson as Shaun and his wife as Arrah. Other appearances were made in the provinces, and a successful visit was then paid to the United States.

In 1879 they were again in Australia and Maggie Moore began playing in Gilbert and Sullivan. Her voice was not large but she knew how to use it, and on occasions she took the parts of Josephine and Buttercup in HMS Pinafore, Mabel and Ruth in the Pirates of Penzance and once, when the actress chosen could not appear, Katisha in The Mikado. In Patience her part was Lady Jane. Possibly her best part in opera was Bettina, in Edmond Audran's La Mascotte.

She was thoroughly adaptable, and after her husband had become a member of the firm of Williamson Garner and Musgrove and had practically given up acting, she appeared in sensational drama.

In about 1890 she was keeping alive with her vivacity and humour such parts as Biddy Roonan in The Shadows of a Great City, and Meg in Meg the Castaway. She visited her parents in San Francisco about this time and played at a benefit in Nan the Good-for-Nothing. Returning to Australia she was in various revivals of Struck Oi1 with John F. Forde as John Stofel.

About the close of the century Maggie Moore obtained a divorce from her husband, and between 1903 and 1908 travelled in the United States and Great Britain. In London she appeared with George Graves, Frank Danby, Billie Burke, and Carrie Moore.

Back in Australia she played a starring season between 1908 and 1912, occasionally reviving Struck Oil with H. R. Roberts, whom she had married, as John Stofel.

In 1915 she returned to the Royal Comic Opera Company, and for some years played smaller parts with a finish and distinction that was a revelation to the younger generation.

In 1918 she played the character of Mrs Karl Pfeiffer in Friendly Enemies, and it has been said of her that "she imbued the character with a dignity and gentle pathos which crowned her long career with fresh laurels".

In 1924 she celebrated the fiftieth anniversary of her first appearance in Australia, and in 1925 retired to California to live with her sister. There she was offered an engagement in Lightnin' with J. D. O'Hara, but did not accept it.

Maggie Moore died at San Francisco after an operation on March 15, 1926. Her second husband predeceased her.

Description above from the Wikipedia article Maggie Moore, licensed under CC-BY-SA, full list of contributors on Wikipedia.
2008 - The Visitor