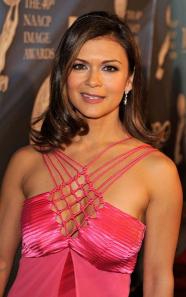 From Wikipedia, the free encyclopedia Virenia Gwendolyn "Nia" Peeples-George (born December 10, 1961) is an American R&B and dance music singer and actress. She is perhaps best known for her role as Nicole Chapman on Fame. She is also known for her role as Karen Taylor Winters on The Young and the Restless and as Sydney Cooke on Walker, Texas Ranger. Description above from the Wikipedia article Nia Peeples, licensed under CC-BY-SA, full list of contributors on Wikipedia.
blog comments powered by Disqus