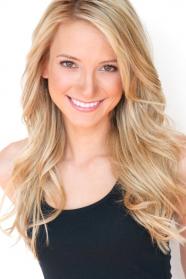 Nikki BreAnne Wells (born April 9, 1987) is an American actress. She is best known for a guest star spot in an episode of, How I Met Your Mother, with Neil Patrick Harris. Nikki was recently on hold for the final lead to be casted in a film produced by Joan Jett, starring Kristen Stewart and Dakota Fanning, The Runaways.
2015 - Extraction