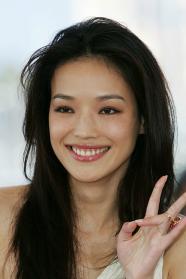 Born in Xindian District, Taipei County (now New Taipei City), Shu Qi moved to Hong Kong at the age of 17. She eventually came under the management of Hong Kong film producer Manfred Wong, who signed her to several Hong Kong films such as Sex & Zen II (1996). Qi also appeared in the Chinese edition of Playboy magazine and was a soft-porn actress.

In 2002, Shu Qi appeared in the French action film The Transporter and Corey Yuen's So Close. In 2004, she played the lead character in the Hong Kong horror film The Eye 2. In 2005, she won the Best Actress Award at the 2005 Golden Horse Awards for her three roles in Hou Hsiao-Hsien's Three Times.