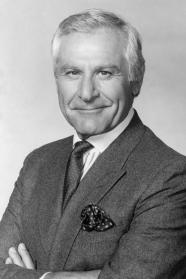 Samuel Wanamaker  (14 June 1919 – 18 December 1993) was an American film director and actor and is credited as the person most responsible for the modern recreation of Shakespeare's Globe Theatre in London. He is father to actress Zoë Wanamaker.

Description above from the Wikipedia article Samuel Wanamaker, licensed under CC-BY-SA, full list of contributors on Wikipedia
1980 - Private Benjamin