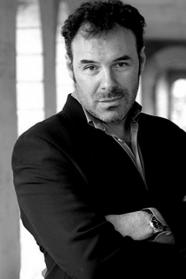 Sean Chapman (born 2 June 1961) is an English-born actor. He is best known for playing Frank Cotton in Clive Barker's Hellraiser, and its sequel, Hellbound: Hellraiser II.[1] He is also known for voicing the character Sgt. Michael Sykes (callsigned "Psycho") in Crysis in 2007 and in Crysis Warhead in 2008, two video games designed only for PC.