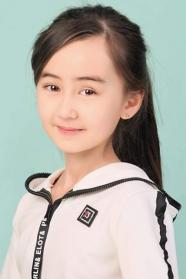 Born to her Chinese mother and British father, Sophia Cai began her career at the age of two after being cast in a national TV commercial. Since then, she included other gigs in modeling, TV and films as well as TV commercials. Sophia is best known for her role as NiNi in the Chinese feature movie "Somewhere only we know" (2015).
2018 - The Meg