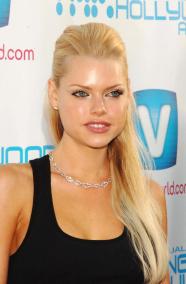 Sophie Charlene Akland Monk (born 14 December 1979) is an Australian pop singer, actress and model. Monk, who was born in England, was once a member of female pop group Bardot and has since released a solo album, Calendar Girl. She appeared in films such as Date Movie and Click.

Description above from the Wikipedia article Sophie Monk licensed under CC-BY-SA, full list of contributors on Wikipedia.
2006 - Date Movie
2008 - Sex and Death 101
2013 - Dorfman In Love